In April, I committed to taking my big camera out every day for the month of May.

(Or, because these are specifically NOT resolutions, I committed to seeing how many days of May I could take pictures on the Rebel.)

My success rate was a little over 50%… I missed 12 days, made 19. But I’m actually fine with that. Do you know how many days I’d have taken “real” pictures otherwise? Two for sure (Katherine’s birthday and UAF’s Aviation day, which has been good for fun pictures for the last several years.) Otherwise? I don’t know. Maybe one or two other times. It was a busy month, and without the external push to bring it out, I’d have missed a whole lot of really precious images.

Here are the some I’m pretty sure I’d have taken anyway: 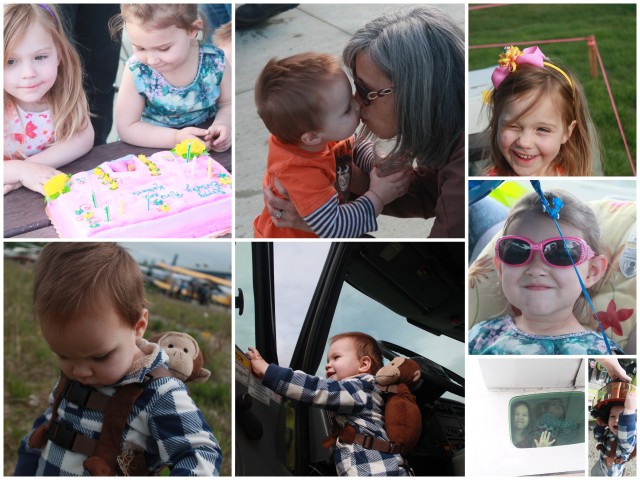 Not bad. But all the ones in that top image would’ve been missed. All of them.

And these pictures are a few of my very favorite from the month, and they all happened on days (or at times) I’m nearly positive I would have left my camera in its bag:

Bummer, right? Glad I had incentive to shoot.

I think I’ll keep this as a bubble to check off. If I don’t check it off every day? No biggie. But I’ll capture a lot more of my (generally, pretty sweet) life if I at least keep it as goal.

After some thought and some prayer, I think the thing that I need to do this month is write some rambling pages. Some people call them “morning pages,” though I’m not about to try to box this into a morning only thing.

Basically, it’s opening the box of crazy and letting it run wild. It doesn’t have to make sense. The idea is that I can trash it whenever I want to. Currently I have a 17¢ wide-rule notebook from several back-to-school seasons ago that is filled with things that hope nobody finds. Not that it’s incriminating, it’s just crazy. Up until now, I’ve only opened that thing up when my brain is stuck in a vortex and the only way to get out is to just SPIT IT ALL OUT.

But right now, there is very little in my head that makes sense. Some combo of hormones, heightened sensitivity, and sleep deprivation has me unable to make decisions, coherent sentences, or correct turns. (I’m not even kidding. I’ve gotten lost five times in the last three days driving around this town I’ve lived in since I was NINE.) So I’m kind of hoping that dumping all the random that’s in there at some on point most days will help me focus a little.

If not, I can at least throw it away.

So the goal: write for a solid five minutes a day.

I can’t stop writing (or typing, as the case may be) for five whole minutes. I don’t have to save it. I don’t have to write in full sentences. I can’t backspace or cross out. Just keep going.