So… I’ve been talking a lot about Lilly’s sleep the last couple days. I love her and stuff, but she’s been the most challenging sleeper of my four. I do all the things I know to do to help her sleep just like I did with the others, but it’s still been hard.

I was so excited yesterday  because I recognized early that my lack of sleep was supercharging my hypersensitivity, but that wasn’t the only brilliant discovery I made yesterday.

Somebody mentioned, sort of peripherally, caffeine sensitivity in nursing babies.

I think my first was sensitive to it, so I quit coffee for a while (which is brutal.) Then the second came two months after the first was weaned, so I decided I’d just keep… not drinking coffee. I reintroduced it occasionally, once she was big and not nursing as much or often. Number 3 was such an easy sleeper that I hardly needed coffee and, when I had it, he slept just as well as always.

For number four? I don’t know. I just didn’t even consider it. Ever. Also? She slept pretty rough, so BRING ON THE COFFEE. And fourteen months later, here we are. Considering for the first time that this could explain a lot.

I have no real idea if caffeine is Miss Lilly’s problem. Maybe skipping morning (and after-breakfast, and elevensies, and lunch) coffee will help. Maybe it won’t, and I’ll spend a week not sleeping AND not having coffee. Either way, it’s a brilliant reminder that four kids’ worth of parenting experience doesn’t always make me the pro I think I am.

It doesn’t matter whether it’s my first kid or my fourth, I feel like a willingness to learn and to not have the answers is one of the really important parts of parenting. (Oddly, for the most part, I think I’m more willing to be wrong now than when I was mothering just the one—I was much more convinced then than I am now that there’s a Right Way and I have to find it or I’m a bad mom.)

Still figuring it out. And that’s fine. 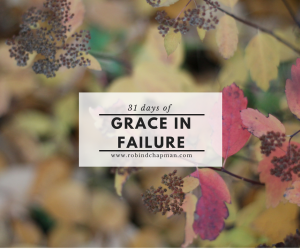